Home » Our Community » Kimberley - Our Story and History 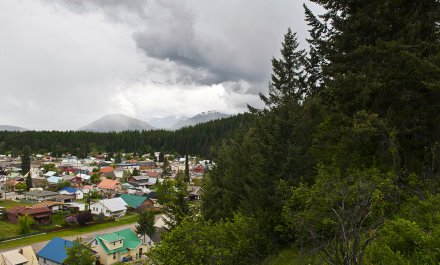 Kimberley - Our Story and History

A community of friends. Natural surroundings. A spirit of possibility.

Kimberley brings together folks from all walks of life – young families and energetic retirees, entrepreneurs and adventurers, artists and healers. They’re here because they’ve chosen to live in a place that offers simple living for a diverse array of people and an exceptional quality of life.

Our remarkable quality of life comes from a strong sense of community pride and a commitment to balancing livelihood and lifestyle. From the amazing natural heritage in the Kimberley Nature Park to the legendary social events at JulyFest, we recognize the importance of coming together around the things that make Kimberley special.

Get to know Kimberley and you’ll quickly find out why this is a good place to be.

Like many mining towns, Kimberley’s history is a story of optimism and adventure, of resourcefulness and resilience – qualities that are deeply embedded here, years after the closure of the Sullivan Mine, one of the richest lead-zinc mines in the world.

Kimberley’s story begins in 1891 with the discovery of Galena at the North Star Mine – now the location of the popular Kimberley Alpine Resort. A year later, four prospectors were drawn to the area to ultimately discover one of the greatest lead-zinc mines in the world. Walter Burchett, EC Smith, John Cleaver and Pat Sullivan arrived at the base of the North Star Mountain only to realize that the entire hillside had been staked – undaunted, they crossed Mark Creek to explore what is now called Sullivan Mountain. There they found ore and staked three claims. In 1896 Burchett, Smith, and Cleaver formed the Sullivan Group Mining Co. named in memory of Pat Sullivan, who died in a cave-in at a mine in Idaho.

A small settlement called Mark Creek Crossing rose on the heels of the Sullivan Mine’s growth. In 1896 the settlement’s name was changed to Kimberley in expectation that the Sullivan Mine’s lead, silver and zinc deposits would be as rich as the diamond mines of Kimberley, South Africa. The first shipments of ore to the smelters in Nelson and Trail began in 1900. A smelter was constructed in Marysville in 1903 and operated until 1907. The ore from the Sullivan mine was very complex and difficult to refine, but researchers at the Trail smelter developed a successful floatation process.

Large-scale production of the ore started in 1923, following the takeover of the mine in 1910 by the Consolidated Mining and Smelting Company Ltd. (Cominco). Cominco went on to construct a Concentrator at Chapman Camp in 1922 and a Fertilizer Plant in 1951.

Although mining was Kimberley’s main industry, the town thrived in other areas as well. Canadian Pacific Rail kept rail yards and a locomotive servicing facility near the neighbourhood of Chapman Camp. Many residents of Marysville worked at the Staples Mill in Wycliffe and the Crowsnest Pass Lumber Co.’s No. 2 Mill along the St. Mary’s River. The homesteading Keer family in Marysville built a successful farm, and in the 1940s Kimberley was even home to a dairy.

In 1968, the community recognized that Kimberley’s mineral resources would eventually be depleted, and began to investigate new opportunities. The community recognized that Kimberley’s spectacular recreational resources could help to sustain the town in the future, and sought creative ways to draw new residents and visitors. In 1973, a Bavarian theme was adopted, and the transition from a mining town to a popular tourism and recreational destination began. Downtown Kimberley was transformed into a pedestrian-only shopping area called the Platzl, now one of the city’s most distinctive features. Kimberley enjoyed renown as the Bavarian City of the Rockies, and the theme is still evidenced in some of the community’s facades and businesses. While the focus of the tourism industry and the community have changed, Kimberley still fondly remembers its days as the Bavarian City of the Rockies.

The Sullivan Mine closed in 2001 – the end of an era, and the beginning of a new transition for Kimberley.

Now Kimberley is home to diverse businesses and sees its residents employed within the community, but also throughout the region and further afield. The community continues to attract tourism and offers a wide variety of experiences to a wide variety of visitors and guests. In keeping with its previous Bavarian theme and mining history, the community of Kimberley remains no stranger to the unconventional, hard work and reinvention. Though Kimberley’s original anchor employer is no longer operating and its tourism focus is no longer centered on the Bavarian theme, Kimberley continues to enjoy steady growth and new development, quite simply because it’s “a good place to be.”